Vandalism has become an epidemic not only throughout the United States but in the world. Keeping a watchful eye on an elevator, windows, and most flat surfaces to prevent vandalism is almost impossible. The next best solution is to help prevent permanent damage to the surfaces while providing a safe and clean environment for your users and visitors.

Vandalism has become an epidemic not only throughout the United States but the world. Keeping a watchful eye on an elevator to prevent vandalism is almost impossible. The next best solution is to help prevent permanent damage to your elevators while providing a safe and clean environment for your users.

Graffiti Shield has revolutionized the film industry, developing an anti-graffiti film that can easily be applied to the surface of an elevator taking the brunt of the vandalism. Simply peel off and replace the anti-graffiti film to reveal a clean and like-new surface.

The ability to re-surface your already vandalized elevator has now become a cost-effective task. With the use of Graffiti Shield’s anti-graffiti films, available in a multitude of surface finishes such as stainless steel, aluminum, and brushed gold, covering your already vandalized elevator is not only possible, but also less expensive than repairing the damage to the surface areas. Not only is anti-graffiti film a great way to hide damaged surfaces and make them appear brand new, it is an excellent choice to cover and protect new stainless steel and other surface finishes from becoming damaged.

With emerging technology, Graffiti Shield has the ability to print any required message directly onto the anti-graffiti film. This ability allows a seamless installation without covering any important lettering, numbering, or required verbiage within your elevator. Keeping your elevator in compliance is always a top priority.

The inside and outside metal area of an elevator is not the only areas subject to vandalism. Windows, digital screens, and mirrors within an elevator and the outside glass housing are also a huge target for acid etching and graffiti. Clear, single and multi-layer anti-graffiti film is a cutting-edge abatement film that is easily installed over glass and mirror surfaces to protect against vandalism. The multi-layer film is a 4-layer stacked film with a patent-pending peel point system that allows each layer to be easily removed exposing a new, clean surface underneath. Utilizing Graffiti Shields multi-layer anti-graffiti film allows a single installation while providing 4 layers of protection. Once the top layer is vandalized, simply peel the top layer away exposing a clean new layer.

Graffiti Shield, Inc. has developed a multitude of innovative films to help combat the rise in graffiti vandalism; including films that mimic the appearance of mirrors, stainless steel, brushed gold, glass, and even custom laminates. Graffiti Shield continues to stay on top of a growing demand for multi-layer clear films as well as enhance the quality of the custom cut program they offer to their clients and independent dealers. Learn more about Graffiti Shield Inc. by visiting www.graffiti-shield.com 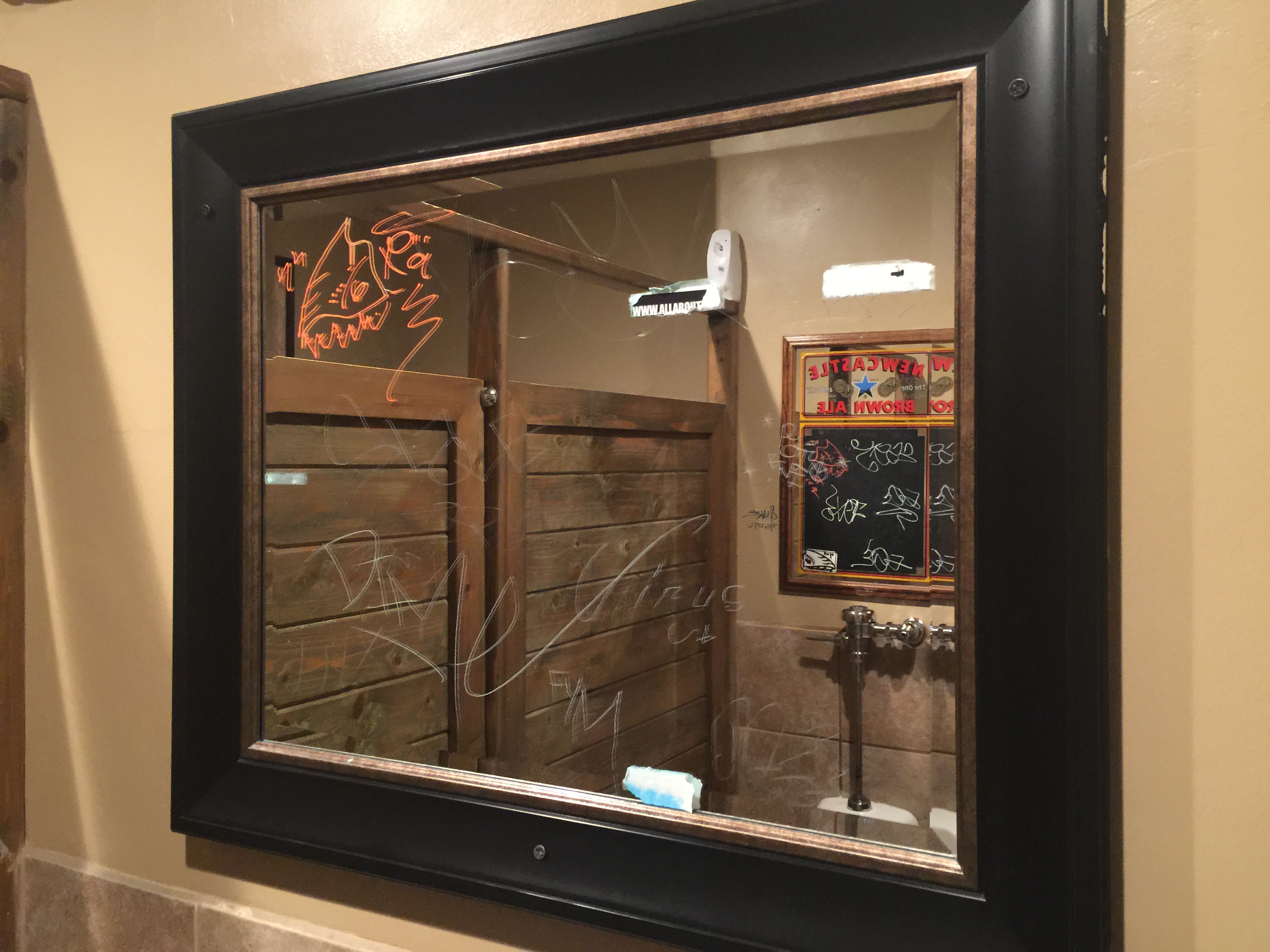