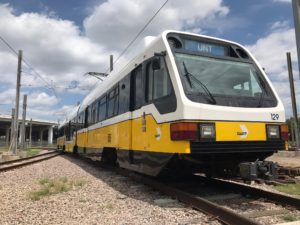 Graffiti vandals are not slowing down in their efforts to ‘leave their mark’ on public transit across the country; a challenge with which public transportation providers are all too familiar. Dallas Area Rapid Transit (DART) faced many of the common issues caused by graffiti vandals and did not want to see decreased ridership or risk the potential negative perception of an unsafe environment. To overcome these issues, Graffiti Shield Inc. was contracted to install 3M 1004 Multi-Ply anti-graffiti film to 106 cars with over 7500 windows.

“The use of public transportation is on the rise and more and more cities are investing in their public transportation systems,” says Dan Alvarez, Transit Sales Rep for Graffiti- Shield Inc. “Unfortunately, as use increases so does vandalism. Costly replacement for the multitude of surfaces that are being tagged or etched is not an option for our customers. They need a solution that is streamlined, cost-effective and in some cases – invisible.”

The DART contract adds to the growing list of similar contracts held by Graffiti Shield. Offering graffiti abatement films that cover surfaces from glass to stainless steel, Graffiti Shield has rapidly become an expert in the surface protection industry. “We’ve covered elevators, escalators, menu screens, and tabletops – but mass transit is by far the most affected” confirms Alvarez. 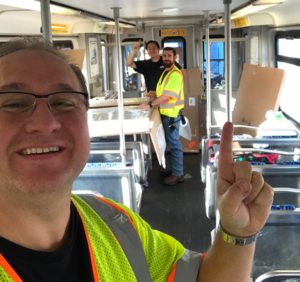 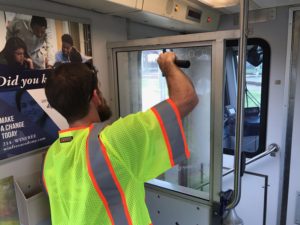