Have you gone into a restroom and wanted to turn around and not use it? It’s becoming more and more common for this type of reaction. Let’s face it, keeping up on restroom cleanliness and combating vandalism is a challenge to say the least. The most damaged and hardest to keep up are public restrooms in restaurants, bars, gas stations, theaters, and shopping centers. The amount of traffic in conjunction with client type demographics will greatly affect how well restrooms will stay clean and graffiti-free.

The most common graffiti done in restrooms are not the traditional spray paint or slap tag stickers but are rather aggressive etching to any and all surfaces. The etching is done by a sharp object that essentially carves into a hard surface. Instruments commonly used are keys, drill bits, sandpaper, and acid. All of these instruments badly damage surfaces and can be permanent. The other troubling true fact is that we think this type of vandalism is done only by gang members or troubled youth, but in truth, vandalism is also done by well-to-do individuals who think it’s okay since it’s prevalent everywhere you go in a restroom. It’s typical to see a graffiti mark done and then a rival person or gang cross out the moniker and put their own right next to it. However, now we see everything from a simple scratch or etching to someone putting their mark on anything they can. The most common places are restroom stalls, bathroom mirrors, towel dispensers, urinal tops, and exposed plumbing. All of these items are extremely expensive and take time to replace or repair, if possible.

“I recently went to Europe where charging to use the restroom is a standard occurrence. The cities I visited were extremely vandalized everywhere, except a pay-to-use restroom.” Stated Jeff Green, CEO of Graffiti Shield Inc. Jeff was really intrigued by this and posed the question to the person who watched over the restrooms. They simply said that people who pay would not deface the restroom and feel they are being watched even though they are not. Jeff found that interesting, one would think the same issue would still happen in such a vandalized part of the world. 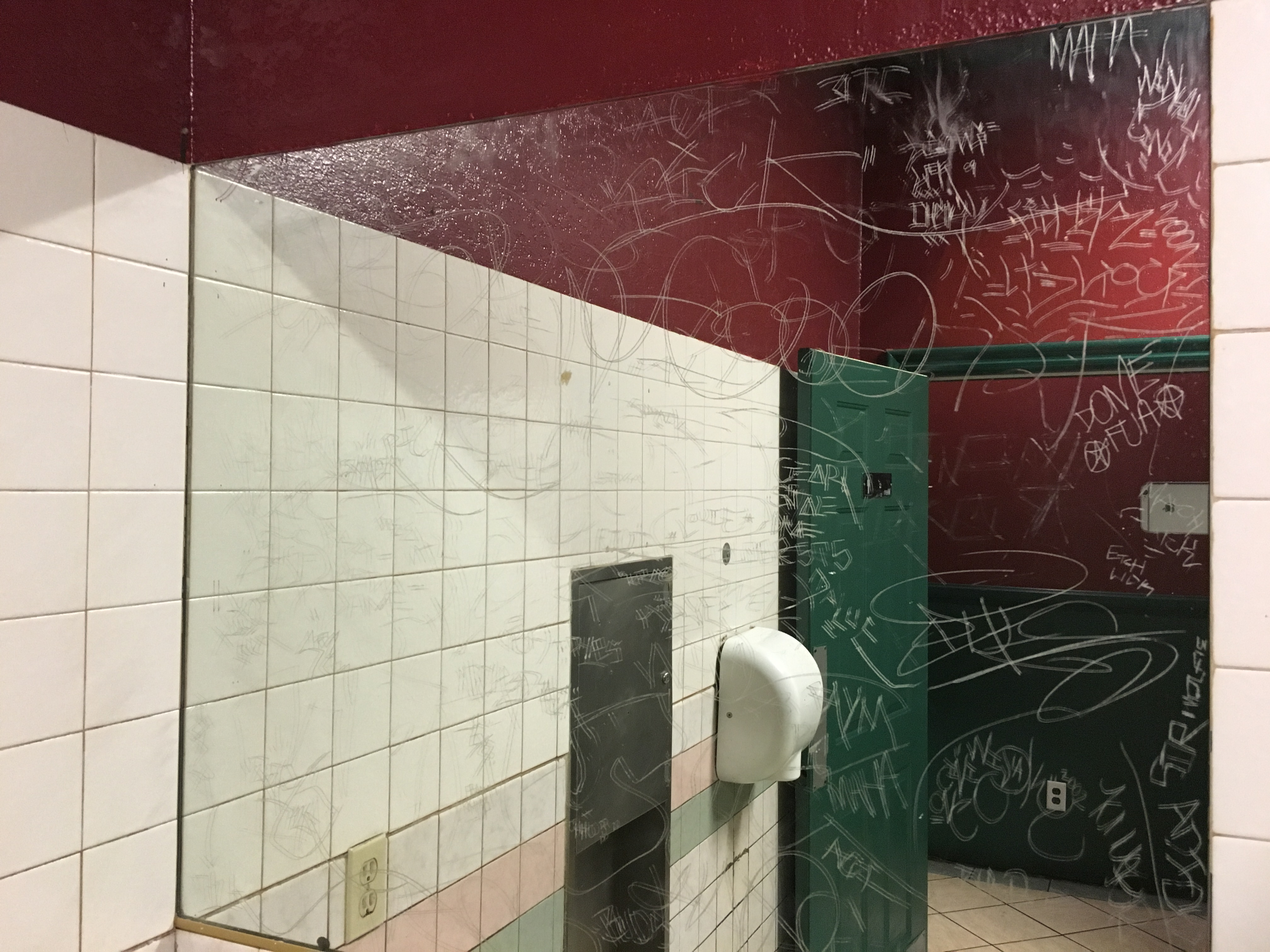 Since monitoring a restroom is not a viable option, Graffiti Shield offers film solutions to prevent graffiti and vandalism. Graffiti Shield offers a Mirror Shield film which can easily be installed over a mirror helping prevent vandalism caused by etching and graffiti. Graffiti Shield Multi-Layer film can also be applied allowing four opportunities for a clean surface. Simply peel one layer at a time as needed to reveal a clean surface underneath. Beyond restroom mirrors, many more surfaces are subject to vandalism and thus Graffiti Shield also has a Metal Shield and Custom Shield film that can be applied to surfaces such as partitions, urinal tops, toilet seat cover dispensers, auto flush sensors, and paper towel dispensers.

These anti-graffiti films are a sacrificial film that if vandalized, the film is easily removed and simply replaced. These films can match the stainless steel, chrome, or even colored surfaces by using specially designed films that mimic the surface. All of these products can be removed as needed to remove graffiti and make the surface look like new. You may ask how a simple film can stop vandalism; the truth is it doesn’t. It simply takes the brunt of the vandalism, and when it occurs you must act quickly to remove and replace before the graffiti spreads.

Most graffiti spreads due to the “Broken Window Theory” or “Monkey See Monkey Do” mentality. This means if they see a mark of vandalism, then in their mind it’s okay for them to do one too. We must think of vandalism as a disease. The quicker you react, the less chance of spreading. 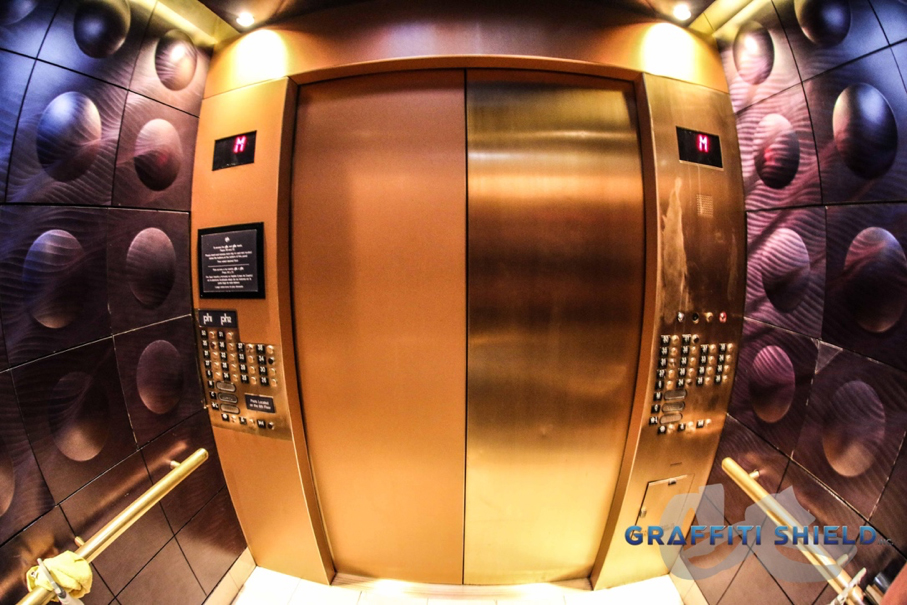